Is it a Lumbar Radiculopathy or a Cauda Equina Syndrome?

This case report about cauda equina syndrome is made by the admin of this page from his own personal experience.

I made this blogpost to share knowledge, learn from my clinical reasoning process and the things I could have done better.

First I explain the story, what I did and what happened.
After that an evaluation what I should have done differently.

My last patient of the evening was a new patient at his house. He had low back pain, I read in my agenda. “Low back pain and you can’t come to your practice?”, I thought.. this patient must be catastrophizing and have fear of movement.
I came to his house and entered the room where he was laying on a mattrass on the floor.
A 56 year old man who could only lay in a certain way on his left side, otherwise the pain would be intolerable. He was using opioids, which didn’t help so much.
He told me his story: “I had back and leg pain for a few weeks and I had physiotherapy at a clinic closeby. 10 days ago, the physio pulled my leg in the treatment and after that I could not walk properly, only limping. I felt shooting pain through my left leg and gradually I could not move my foot anymore and I felt numbess under my left foot.”
The physiotherapist did a traction manipulation of the left leg, he thought it was probably the hip what had caused the problem.

“I stopped going to that physiotherapist and my wife drove me with the car to another physio, because I could not walk properly anymore. My pain was horrible. The therapist there did cupping on my back. That did not work so well. Then I called you to come here and see me.”
Cupping is already a questionable treatment, but for this severe sciatica and without neurological exam… maybe not the best option. J

I did a neurological exam: sensibility loss in dermatome S1, motor loss of the plantar flexors: 2/5.
Atrophy in his calf.. the calf was almost half the size of the right calf. I didn’t have the reflex hammer with me.. I didn’t thought it would be this bad, but I had a feeling the achilles tendon reflex was not there.
Later I tested the reflexes and his left achilles tendon reflex was 0. The right achilles tendon was 2+: normal.
I asked him about bladder control and bowel function, no problems there.
I told him when you don’t have control anymore over your bladder and bowel, go immediately to the hospital to get surgery, which are symptoms of cauda equina compression.

Is it just sciatica, or the start of a cauda equina syndrome?

So, my thoughts were this:
Severe radiculopathy S1 with shooting pain through his left leg with loss of sensibility, motor function, atrophy of the calf muscle and the symptoms were worsening.
Let’s get him to a neurologist asap!
I know the prognosis of radiculopathy is good and surgery is normally not indicated, but I never seen this severe sciatica with all the neurological symptoms present and worsening symptoms.
This was on a Thursday evening, so I could not call the doctor today and I was not working on Friday, so my boss would call the GP of the patient the next day.
I would go see him the Monday after the weekend again.

The GP send him to a neurologist, who said he need to be operated. That neurologist works at a private clinic where they don’t do surgery, so he had to be transferred to a hospital.
The next day he went to a hospital on a stretcher and a doctor assistant told him that the surgeon was at home (the day before christmas), so he had to wait and go home.
When he got home, the next morning he could not urinate anymore. So firefighters came to get him out of his house and he was transported with an ambulance to the hospital and got surgery the same evening. 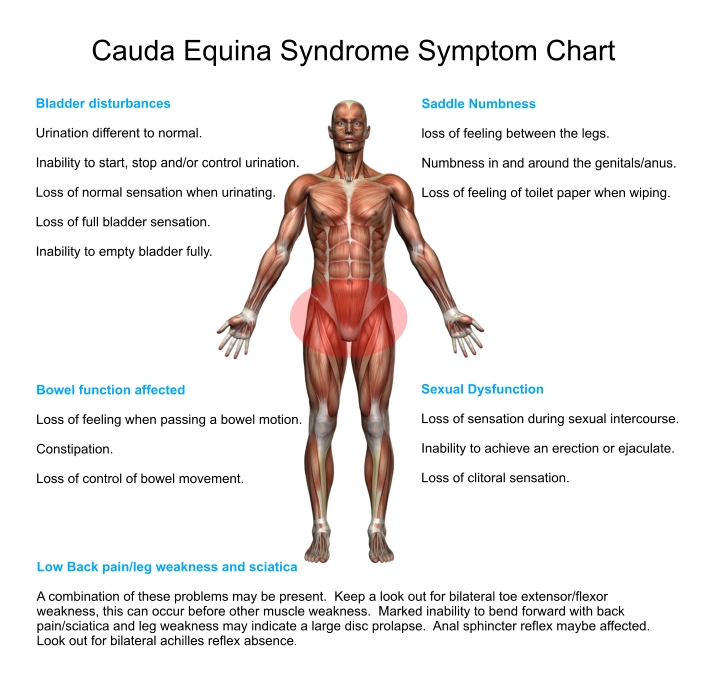 If I’d only knew about the sexual dysfunction…

After the surgery, his pain was gone and he could urinate a bit… but not easily.
He still had numbness in the whole S1 dermatome and the motor function of the plantar flexors was not yet recovered.
In rehab, we focused on training the plantar flexors, general mobility exercises for the low back and cardiovascular training. He did a progressive walking program on his own.
I also explained that kinesiophobia is not helpful and that he could trust his back again and regain normal movement.
After a 6 months, he could walk for one hour and did mountain hiking, so the motor function was back again. He still had numbness in his S1 dermatome and urinating was still difficult. He did pelvic floor exercises for this, which did not help so much.
He also told me he had sexual dysfunction (which I did not ask him before the surgery, because I was not aware that these symptoms could be related to cauda equina syndrome. I only knew that bowel, bladder control and saddle numbness was related). So he had difficulty getting an erection and didn’t feel much when having sex.

After one year it happened: he is working and can do everything he wants, but still has sexual dysfunction, poor bladder function and numbness in his leg. Motor function is fine.

The presentation was difficult, because it was not the classic cauda equina syndrome: bilateral symptoms and saddle numbness etc.
It was actually a severe radiculopathy at first, later the symptoms worsened and loss of bladder function/control.
so the neurologist called it a “hemi-cauda equina syndrome”.

Some studies done on the subject: here, here.

I am asking myself: “what could I have done better, so this won’t happen again?”.
Blaming other people is not the right thing to do.. always check what you could have done better.
I have to take responsibility of my actions.
-I could have brought the reflex hammer with me the first time.
-I should have called the GP myself to explain better the urgency of the situation and the need of seeing a neurologist asap, because of his worsening symptoms and neurological signs.
-I should have be more clear to the patient that the situation was severe, so the assistant doctor in the hospital couldn’t send him away.
-He had an appointment with the neurologist the next Tuesday (I saw him the Thursday before), and I was at his house the Monday before again, so one day before his meeting with the neurologist.
His wife was asking me if we shouldn’t just go to the emergency room to see a doctor asap.
I was a bit undecisive about that, because I didn’t wanted to go against the doctor’s decision.
Now I look back at it, I should have sent him to the emergency room on that Monday (his operation was on Thursday).

So, moral of this story: improve your clinical reasoning skills and learn more about these pathologies, so you can act appropriately.
Communication with the GP and your patient is very important. 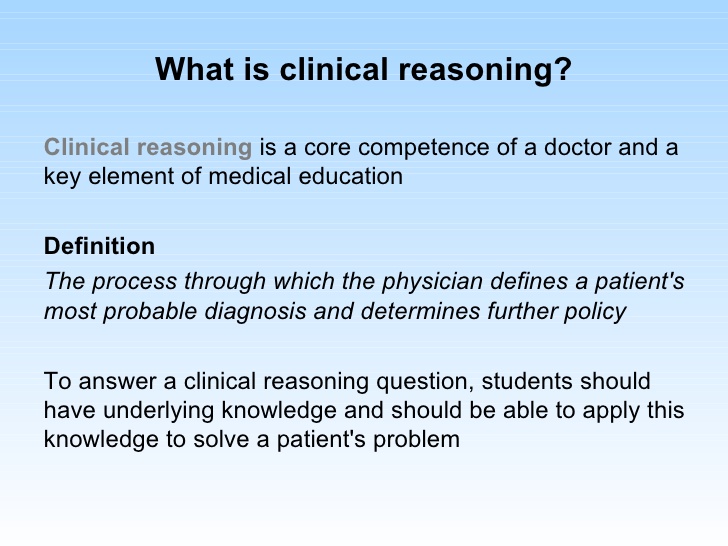