Is posture really THAT important? 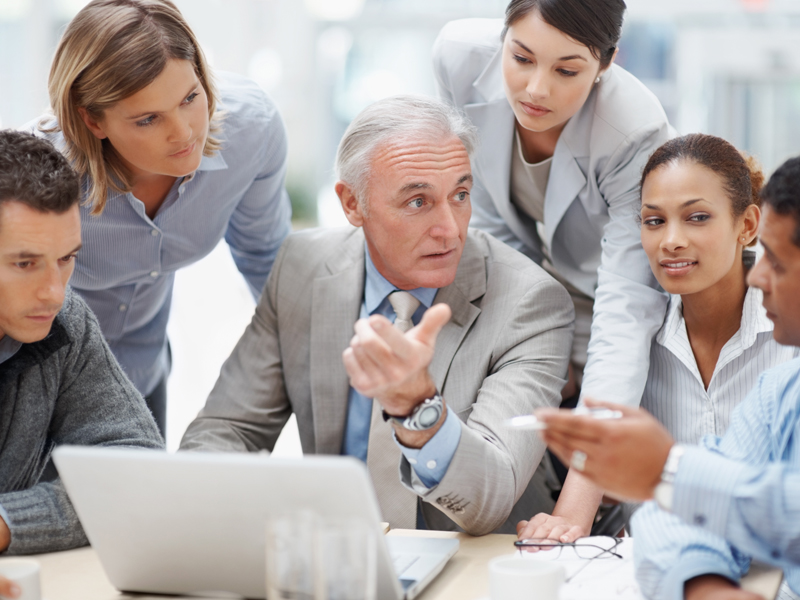 We, physiotherapists, are very focused on posture as a cause of pain.
But, is it a posture problem, or is it a movement problem?
Does anterior pelvic tilt cause low back pain?
Could posture be the results, not cause of pain?
What does the research say about posture?
Ben Cormack does an excellent job in this guest blogpost explaining these questions! 🙂

Ben Cormack runs Cor-Kinetic, an educational company that delivers continuing education courses in how to use movement therapeutically in a framework of modern evidence and science in pain, movement and rehabilitation. Cor-kinetic deliver courses worldwide having previously worked in the US, Europe, Australia and Japan. Here a link to his website: www.cor-kinetic.com
Cor-kinetic have provided educational services for the NHS, Elite level sports clubs and universities as well as individual physio’s, Osteopaths, Chiropractors, sports therapists, rehab, and personal trainers.
Ben has studied extensively in the fields of exercise and therapy.
Originally from a exercise background, Ben has gone on to study clinical sports therapy and widely in the fields of rehabilitation, pain science and movement over the last 15 years. Ben is also a keen blogger who occasionally gets some people reading them and hopefully enjoying them too.
His blog can be read HERE. 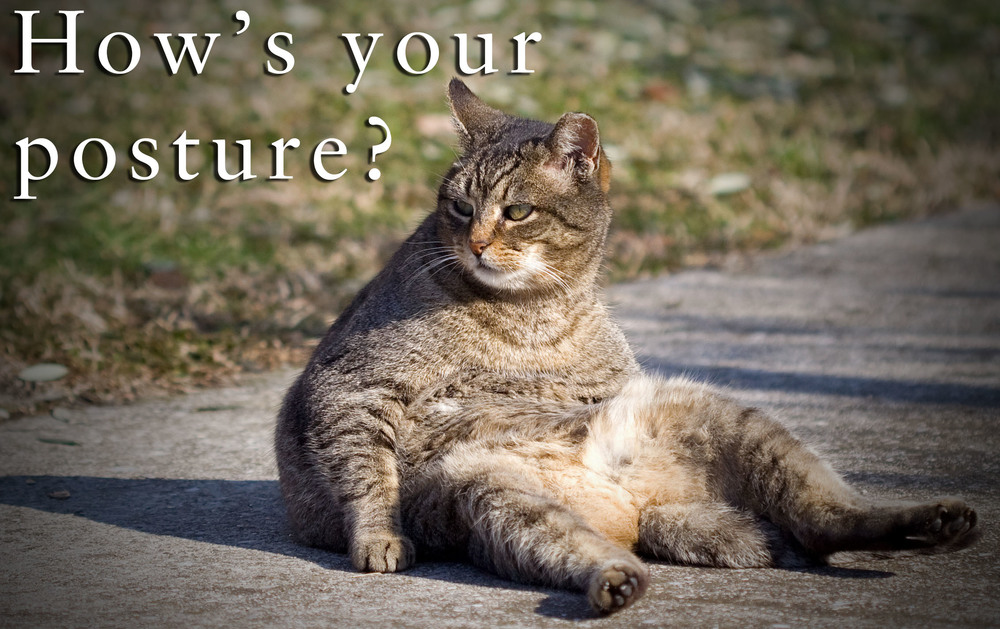 What is good or bad posture?

Posture is one of the big things often blamed as the source of people’s pain. There are tons of postural correction courses, blogs etc that will help you beat your pain and fast! They all share one thing in common, they have not looked at the research!

Without a good underpinning of evidence it is very tough to be able to blame any issue in the body as being the cause of anything else. Evidence based practice is a game of probabilities and the probabilities are well stacked against posture being a cause of many musculoskeletal problems.

This means no if’s, no but’s, no maybe’s or even worse…… “in my experience”, which of course is completely ludicrous as someone else may have had exactly the opposite experience.

We have no gold standard for what is good and bad posture. So what people base their correction or postural goal on has to be a reasonably arbitrary measure. But just because we do not have a gold standard does not mean the research into posture is invalid because it is not studied in that way anyway!

Before we look at some of the data surrounding posture and pain lets ask the question of does your posture EVER matter?

Yes, I think it does in two scenarios.

1. If you can never move away from that posture

2. If you assume a posture over a long period of time such as slouched at a desk.

So a posture that does not move is not really a postural problem, it is a problem of movement. We have incalculable postures that the human body can assume but we tend to try and swap something (bad) for something else (good – maybe) but we should be swapping it for ‘something’s’ (plural) in the form of movement and the ability to move into many different postural positions.

The postures you adopt for too long may cause problems as well. Take your new ‘corrected’ and amazing posture and sit in front of the computer for 8 hours and it may start to let you know about it. The key again maybe the lack of moving not the posture you had to start with.

We have some cool sensors called Acid Sensing Ion Channels or ASICS within our tissues that sense changes in the ph value. If we don’t move around, or put strain

on our muscles and nerves that may reduce blood flow, then these little bad boys can sense the tissue becoming more acidic and transduce this into a sensation of discomfort or even pain.

Ever sat for to long in a lecture or seminar and felt the need to get up and stretch as you are feeling a bit sore? You probably just went through this process. ASICs may get even better at sensing changes if the cell body decides to pop some more ion channels down to the terminal ending so that sodium can get into the cell more easily and make you more sensitive to acidosis of the tissue. 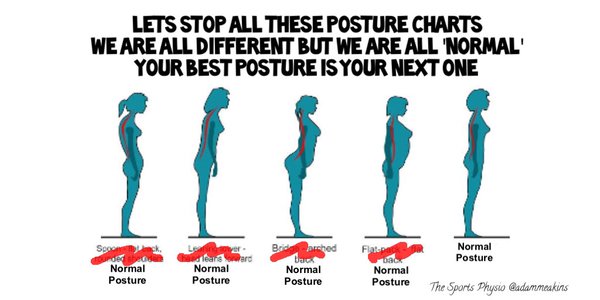 Picture from Adam Meakins a.k.a. The Sports Physio

So I promised a bit of data…..and here it is!

Lets look at a common postural issue such as an anterior pelvic tilt or ATP. If we look at the prevalence in the normal asymptomatic (people without pain) population a massive 80% of people have one! REF
If you are looking for one to blame then you will probably find it. The key word here is asymptomatic as they are unlikely to be getting any problems from it. The idea that an ATP contributes to back pain through an increase in lumbar lordosis is just not supported REF, REF, REF

It is also pretty tough to assess as NORMAL pelvic variations in morphology mean whatever you think you are assessing may not be a true reflection of what is really happening REF !

If we look upstairs we see the neck posture of people in pain and not in pain is really pretty similar REF.
Another classic is shoulder pain and forward head and shoulder posture. Again we see a lack of clear association between those with and without pain REF , REF

Tissues are amazing at adapting to increased loads. In fact if you go to the gym that is exactly what you are asking your tissues to do, adapt to an increased load. These loads will be much higher and in more extreme joint ranges than your average bad posture.

The same maybe true of a muscle being ‘overworked’ and fatigued via a faulty posture as a source of pain. Surely over time a muscle would adapt to the level of endurance required to meet the demands of a task?

The human biological system has the ability to adapt and to self-repair. We have large tolerances and variations in both anatomy and function. The ‘corrective’ paradigm seems to assume an inherent fragility with the most minor deviations causing major problems.

Could it be you are looking at the RESULT not CAUSE of pain?

We could have been looking at the problem the wrong way round. Pain may have been a driver to adopt an adaptive or potentially maladaptive position to reduce pain.

People with “poor posture” suffer from bouts of pain like us all, but if posture were the only driver for their pain they would probably be in permanent pain as, lets be honest many people rarely seem to change their posture. As we know pain is a complex and multi factorial beast that likely does not come from a simple, singular biomechanical cause.

Can you change posture anyway?

The habits people have will also probably outweigh the occasional stretch and strengthening that they do. THIS paper discusses exactly that!

“objective data to indicate that exercise will lead to postural deviations are lacking. It is likely that exercise programs are of insufficient duration and frequency to induce adaptive changes in muscle tendon length”

We may have to realize that success in trying to change posture maybe due to the process (through exercise or movement) of trying to change posture. This maybe the most important element in helping painful body parts become less painful, and not the outcome such as an actual significant change in the posture. So you would be totally justified giving a body part that has a lack of options (stuck) some more options (varied movement).

In fact rehab programs designed to change posture can help people out of pain without changing their posture as we see with resting scapular position! REF 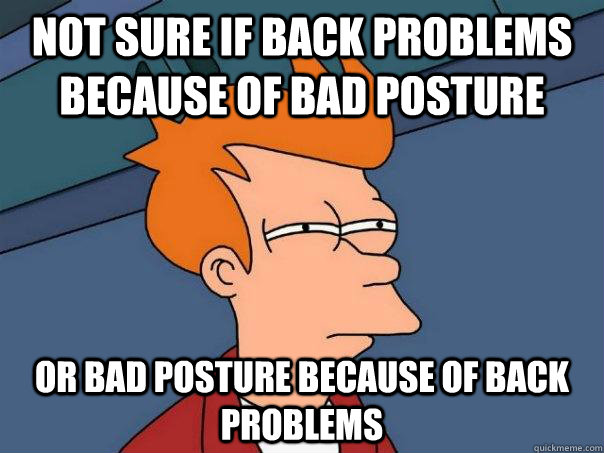 * Science does not really support a link between posture and pain

* A postural problem may really be one of movement

* Any posture put in a bad position may hurt

* Humans are biological adaptable creatures. One of the reasons we go to the gym!

* ‘Bad’ posture could be the RESULT of pain

* No reliable evidence to suggest we can change posture anyway 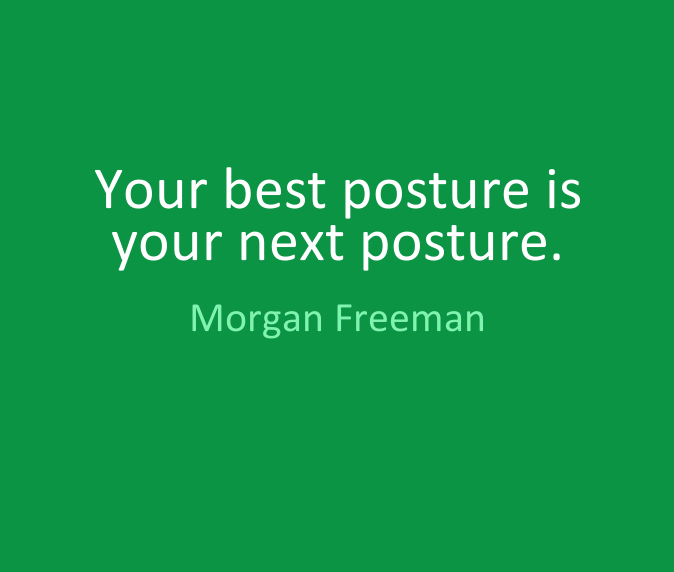